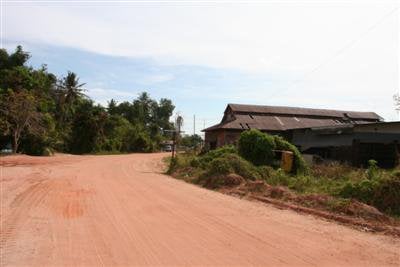 PHUKET CITY: Phuket Provincial Police plan to establish two new independent police districts on the island to take pressure off Chalong Police, whose jurisdiction currently covers all of Chalong, as well as Rawai and Karon.

Pol Col Peerayut Kara-jedee, Superintendent of General Staff of the Phuket Provincial Police, said the two new districts would be for Karon and Wichit. Rawai will still be covered by Chalong Police.

The opening dates for the stations have yet to be announced, however.

The Wichit Police Station will be developed on a five-rai plot off Chao Fa West Road, donated by the Anuphas & Sons group, owned by the family of Senator Phummisak Hongyok.

The station will occupy three rai, with a further two rai – some 300 meters away – being allocated for police housing. Housing will comprise forty units, ten each in four separate blocks.

The Royal Thai Police have already approved a budget in excess of 30 million baht for the construction of the Wichit Police housing. However, budget approval for the new police station building is still pending, said Col Peerayut.

“We still cannot say when we might get the approval. We may set up a temporary station at the Wichit Tambon Administration Organization offices until the new Wichit Police Station is finished,” he added.

The police have also received a private sector land donation near the Hilton Arcadia Resort & Spa in Karon for a new station to be located there.

“We are still processing the paperwork. For now we cannot confirm when construction of the station or housing will begin. In the meantime, we might use Karon Stadium to serve as a temporary police station,” Col Peerayut said.

Toyota Vigo winner out there somewhere