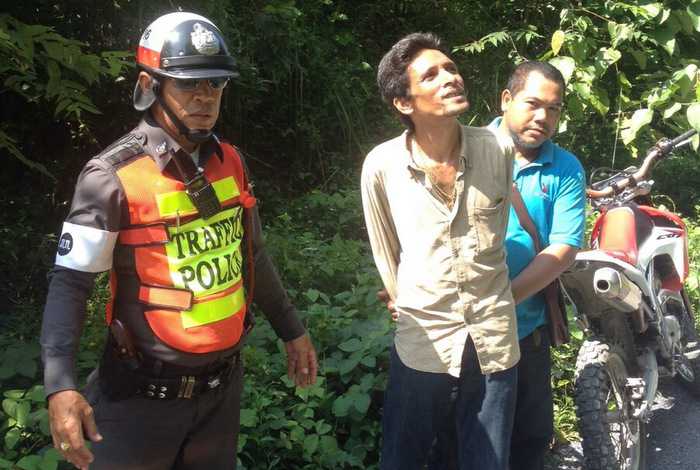 PHUKET: A man is in the intensive-care unit (ICU) at Patong Hospital after being shot in the head yesterday for allegedly flirting with the girlfriend of a jealous spirit medium who lived on the same street.

Patong Police arrested Bundit Pramualsil, 36, from Phuket, while he was riding his motorbike on a road near Tri Trang Beach, south of Patong, at about 10:30am.

“We received a report of a shooting at a house in Petchakut Road at 8:45am,” explained Patong Police Deputy Superintendent Khunnadet Na Nongkhai.

“We arrived at the scene and were told by witnesses that the gunman was Mr Bundit, who lives in the street and was last seen speeding off on his motorbike.”

The victim, Narong Polcharoen, 33, was rushed to hospital for immediate treatment for his head wound.

Officers had Mr Bundit under arrest within two hours of the shooting. At his rented home, police found a .22 rifle with a telescopic targeting sight and a loaded magazine.

“Mr Bundit confessed that he had shot Mr Narong with the gun,” Lt Col Khunnadet said. “He told police that he believed Mr Narong had been flirting with his girlfriend. However, he did not explain how he had come to believe this.”