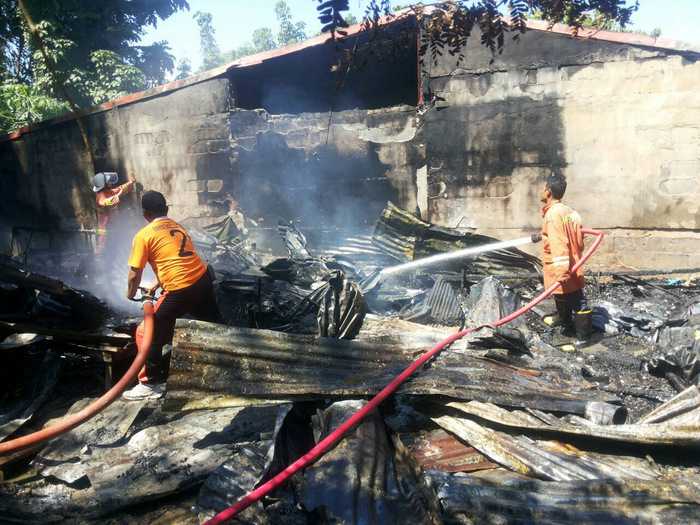 PHUKET: Police are searching for a group of Myanmar workers whose rented house was gutted by fire this afternoon in a blaze that is believed to have started in a cooking accident.

The fire broke out at the rented abode, located in a worker’s camp in Soi Patchanee, Rassada, at about 1:10pm.

“Two fire trucks from Rassada Municipality were called in. Firefighters had the blaze under control within 20 minutes,” said Lt Wetchasak Juladung of the Phuket City Police.

The fire completely destroyed the house, which was made of wood, and caused minor damage to the house next door, he told the Phuket Gazette.

“Neighbors said the house belonged to Niti Jannak, 52, who rented it out to a building contractor as accommodation for his Myanmar workers,” said Lt Wetchasak.

“We were told that the workers had been cooking and left the pan on the stove too long. Neighbors smelled burning, then heard an explosion. That’s when they came running out to see the house on fire.”

The neighbors have yet to see the Myanmar tenants since the blaze started.

“The workers disappeared. We are looking for them,” Lt Wetchasak added. “We will question their employer to find them, and bring them to justice.”