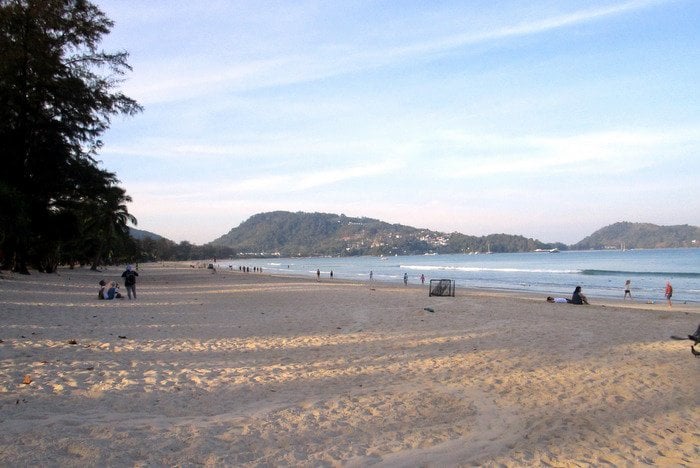 PHUKET: An Iranian tourist drowned at Patong Beach Saturday night after getting dragged out to sea by a strong current.

Hasan Fhakhr, 30, was pulled out of the water near the Patong Police box at about 6:30pm by lifeguards. They immediately administered cardiopulmonary resuscitation (CPR) for about 15 minutes, until an ambulance arrived to transfer him to Patong Hospital.

“It was about 6:20pm, getting dark, and we were about to leave the beach, so we started calling people out of the water,” said Mr Wirot, noting that there were red flags erected along the beach that day.

“Many tourists, including Mr Fhakhr, ignored our warnings. We had tried to prevent the tourists from going in the water at all.”

Mr Wirot said that lifeguards jumped to attention when Mr Fhakhr was suddenly dragged out to sea.

“A big wave caught Mr Fhakhr and dragged him out. We immediately sent a jet-ski out for him,” Mr Wirot explained. “He was not conscious when we got him onto the beach.”

Mr Wirot insisted that tourists needed to heed lifeguards’ warnings, as well as red flags on the beach.

“Do not swim where red flags are installed. The waves are a lot more powerful than you think,” he said.