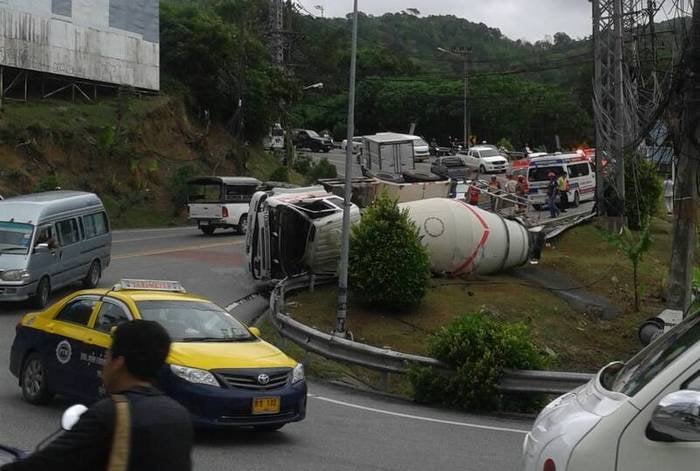 PHUKET: A cement truck descending the infamous Patong Hill killed two women on a motorbike before crashing into the guardrail.

Police and rescue workers are at the scene, and have yet to release the names and ages of those killed in the accident.

Just two days ago, a 26-year-old woman succumbed to injuries sustained after a six-wheeled truck struck her and another woman as it descended Patong Hill on Friday (story here).

Laksamiduean Sawadiraksa, 26, who was driving a motorbike in front of the truck when it lost control on the hill sustained serious head injuries in the collision, and was pronounced dead after being rushed to Patong Hospital. Other victims who sustained minor injuries have been discharged from hospital.