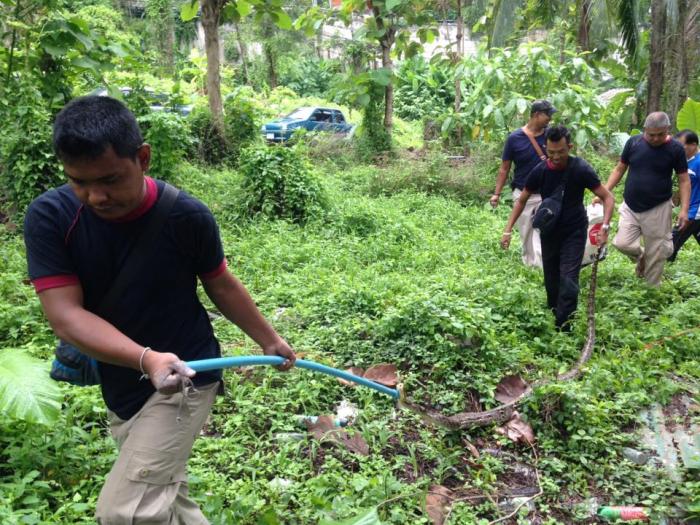 PHUKET: A three-meter-long python was captured near a school in Patong this morning.

The snake was found with its head stuck in netting covering a chicken coop at 9:30am in Soi Phra Barami 6, next to Kalim school.

The snake must have been trying to get at the chickens but it was too big to fit through the holes in the netting so we had to cut the snake free,” said Sampawat Wannasangkam from the Phuket office of the Department of Disaster Prevention and Mitigation.

“That wasn’t a smart thing for the snake to do,” he said.

The python was later released into the wild near a Chinese shrine on Patong Hill.

Opinion: Being a responsible pet owner