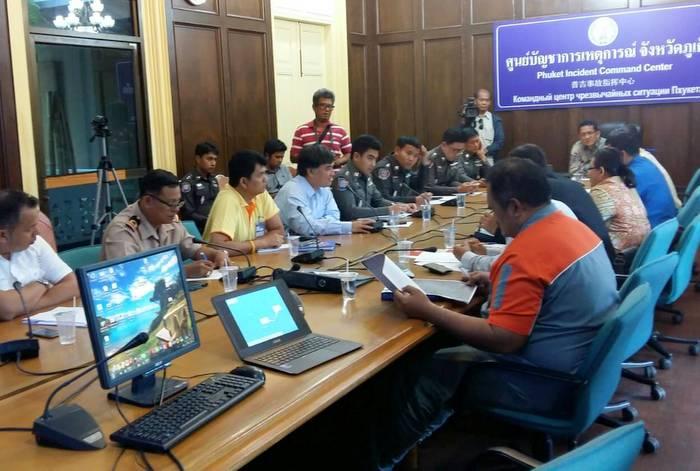 PHUKET: Officials from the Phuket Marine Office (PMO) told the Phuket Gazette that the investigation into a fatal speedboat collision in Phang Nga Bay on June 8 (story here), may result in additional regulations for speedboat operators.

Tanthai Wongsayree, an officer with the PMO, said that staff are in the process of reviewing the causes of the boat collision, which injured more than 20 tourists and killed two Chinese nationals. Mr Tanthai said officials were brainstorming additional regulations that may prevent such an incident happening again.

“As of right now, the legal process lies with Phang Nga officials, because it happened in Phang Nga Bay,” Mr Tanthai said. “They are of course communicating with us during their investigations, as this incident will undoubtedly affect Phuket’s image.”

Mr Tanthai said the PMO plans to expand its operational capacity as a result of the investigations.

“We already have the Phuket Yacht Control Center (PYCC) at Chalong Pier to manage boat traffic. So, we are going to broaden the PYCC’s potential to accommodate tourists in a far-ranging area, and increase our incident-response capacity.”

“We plan to put forward regulations mandating that every tourist boat have a radio to contact nearby boats or piers. This is better than only having contact with the PYCC, because it will allow operators to coordinate disaster response at sea more immediately.” he said.

“The speed of the boats should be the boat drivers priority, especially with unclear visibility during rainstorms,” Chief Surachai said. “Operators should know that they must reduce their speed to lower the impact load during a collision. They should also steer clear of other boats.”