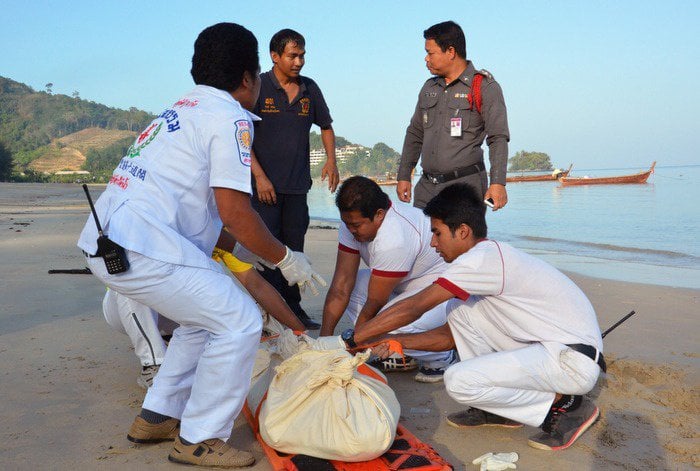 PHUKET: Locals discovered the half-buried body of a British national on Nai Yang Beach this morning.

The fully clothed body of Simon Lian Hua Soh, 67, was still partially covered in sand when rescue workers and police arrived at the scene.

“We believe that he died about 10 hours before he was discovered. There was no sign of a struggle,” Lt Col Watcharin Chiratkarnvivat of the Tah Chat Chai Police explained. “We believe that he may have fallen unconscious on the beach. With no one around to help him, it is possible that he was just covered by sand and water as the tide came in.”

Inside Mr Soh’s pockets, police found a room key for the Naiyang Sonwa Resort, a Malaysian identification card and a wallet containing both Thai and Malaysian currency.

According to hotel staff, Mr Soh checked into the hotel alone yesterday afternoon.

“Last night, he left the hotel. However, staff did not know where he went,” said Col Watcharin. “At this juncture, we have yet to determine the cause of death, so we will continue our investigation.”