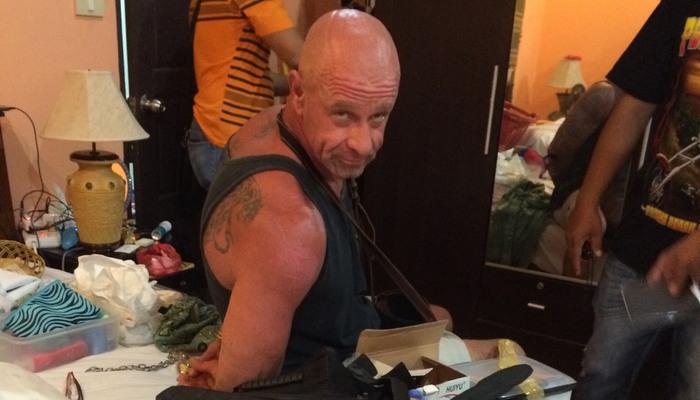 PHUKET: Patong Police arrested an Australian tourist today after finding him in possession of 530mg of ya ice (crystal methamphetamine), a gun, and ammunition.

Mark Robert Coutelas, 53, was apprehended at the Green Mango Apartment complex on Nanai Road after the police received a tip-off.

“We went to the apartment and found Mr Coutelas at his rental room at about 2pm,” said Lt Col Suttichai Thianpho of the Patong Police.

“We searched the room and found 530mg of ya ice in a small plastic bag and drug paraphernalia. We also found an illegal 9mm handgun, bullets and a BB gun.”

“A woman showed up after the raid and told police that she and Mr Coutelas were dating,” added Col Suttichai. “But we did not press charges against her, as she was not present when officers searched the apartment.”

“We are questioning both Mr Coutelas and his female companion about the gun and possible drug networks.”