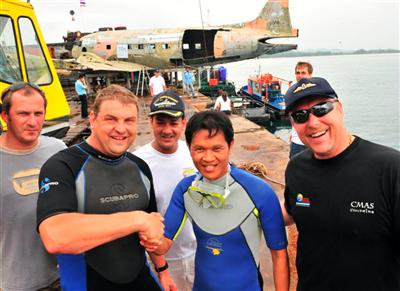 PHUKET: Governor Preecha Ruangjan is to be transferred to Phitsanuloke province in the north of Thailand, a source in the Governor’s Office has confirmed.

Dr Preecha, a native of Phichit province (which borders Phitsanuloke), was appointed as governor of Phuket less than five months ago under the government of Somchai Wongsawat and his now disbanded People Power Party (PPP).

Dr Preecha is to be replaced by Wichai Phraisa-ngop, currently governor of Sing Buri province.

Mr Wichai is expected to take up his post in Phuket on March 16.

Cabinet today approved a list of 28 other transfers of high-ranking civil servants, the source revealed.

Rumors of the governor’s imminent transfer had been circulating since the Democrats, under Prime Minister Abhisit Vejjajiva, formed a coalition government in December.

Despite his brief stay in Phuket, the energetic Dr Preecha established himself as a popular governor who is widely-respected by fellow bureaucrats, local politicians and the media.