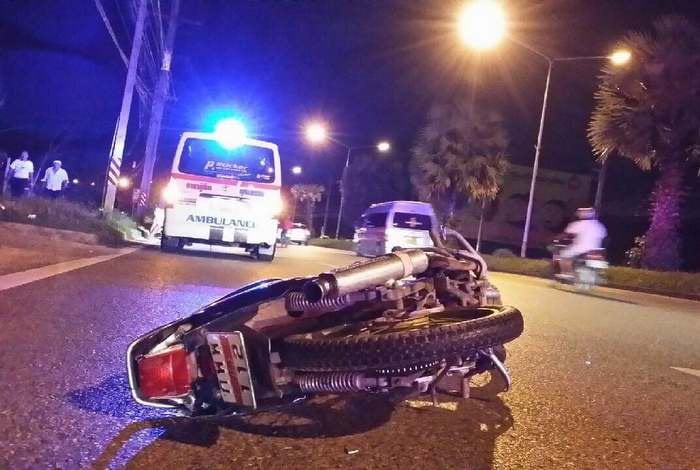 PHUKET: A ghost-rider making a u-turn on Phuket’s busy Thepkrasattri Road was killed after being hit by a pick-up truck in Koh Kaew last night.

Rescue workers arrived at the scent to find the body of Ittawa Promrang, 42, laying in the road, against the curb. The 34-year-old driver of the pick-up truck, Nuntawat Suwansang, was still at the scene, confirmed Lt Kraisorn Boonprasop of the Thalang Police.

“I was heading south from the Heroines’ Monument when I saw the man driving his motorbike against traffic,” explained Mr Nuntawat. “He cut in front of me to make a u-turn, and I couldn’t stop in time.”

No helmet was found at the scene.

Mr Ittawa’s body was taken to Thalang Hospital, ahead of a funeral ceremony at Wat Tha Rua.

Lottery ticket prices to drop to 80 baht in Phuket