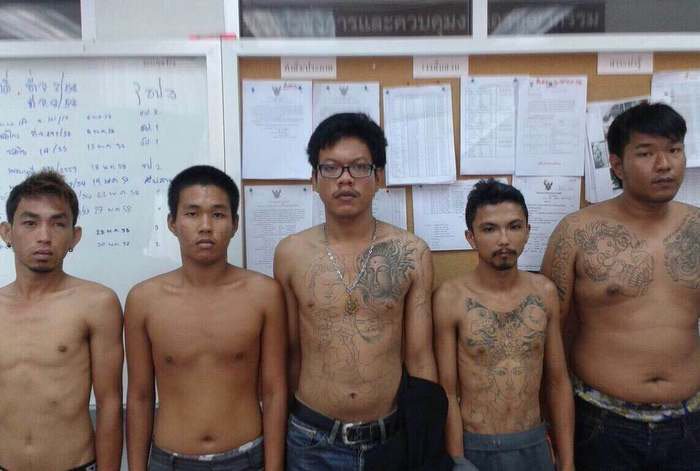 PHUKET: Five men were arrested yesterday evening for the stabbing death of a man in Phuket Town earlier that morning.

The fatal argument that led to the death of Sayompoo Kuomsup, 21, and his friend Sompong Boonrak, 21, being seriously injured, stemmed from an issue with their dance moves at the ‘At Time’ pub.

“All five confessed to the crime and explained in detail what happened,” said Lt Col Somsak Thongkliang of the Phuket City Police. “The group got irritated with the way the two men were dancing. When the men left the bar, Mr Anon and his friends followed them out and attacked them.”

Mr Anon told police that he was the one who had drawn the knife and stabbed the two men, while Mr Aphichai, Mr Anan and Mr Trairat all confirmed that they had taken part in the assault. Mr Ritchoti was driving the motorbike for Mr Anon, explained Col Somsak.

“We were able to identify the perpetrators based on statements given by witnesses and CCTV footage in the area.”

The men have been charged with murder, attempted murder and illegally carrying a knife in public, confirmed Col Somsak.