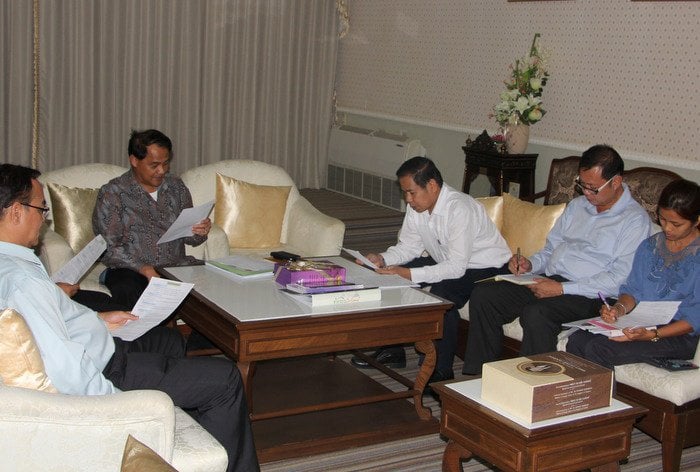 PHUKET: Lottery tickets on the island will no longer legally be allowed to be sold for more than 80 baht starting on June 3, Governor Nisit Jansomwong said at a meeting at Phuket Provincial Hall on Friday.

The meeting with local officials follows Prime Minister Gen Prayut Chan-o-cha’s decision to replace the Government Lottery Office’s board on May 1 by invoking Article 44 of the provisional constitution (story here).

“We are following the lottery sales guidelines of the National Council for Peace and Order [NCPO]. The new system should prevent sellers from having price wars that can damage their bottom lines, which has a significant impact on their lives, as they are usually poor or disabled people struggling to get by,” Governor Nisit said to the Phuket Gazette.

“The wholesale price will be 70.40 baht with a 9.60 baht profit per ticket. Fixed prices will start on June 3 for the lottery period of June 16.”

Additionally, the quota for people to be registered sellers was lowered to 500 tickets.

The penalty for selling tickets at a higher rate is a 10,000 baht fine, up to one month in jail or both.

Officials will explain the new rules and policies to all lottery sellers on the island at a meeting on June 3.

Officials urge anyone witnessing anyone peddling tickets at inflated prices to call police or file a complaint with the Damrongtham Center.