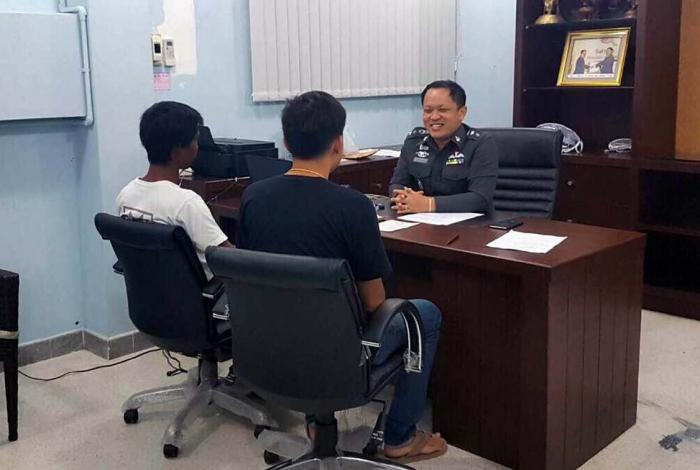 PHUKET: The driver who assaulted a gas station employee in Tah Chat Chai on Thursday was charged for the altercation yesterday afternoon.

Pariwat Polsamak, 29, appeared on CCTV footage that went viral on Facebook. The video showed him kicking Usaman Satapor, 31, to the ground at a Shell gas station and driving off (story here).

Both men were called in to the Tah Chat Chai Police Station for questioning and negotiation.

“He asked Mr Pariwat for 3,000 baht in compensation, which he received. We have charged Mr Pariwat with assault and fined him 1,000 baht.”

Promthep Cape lights up in memory of His Majesty