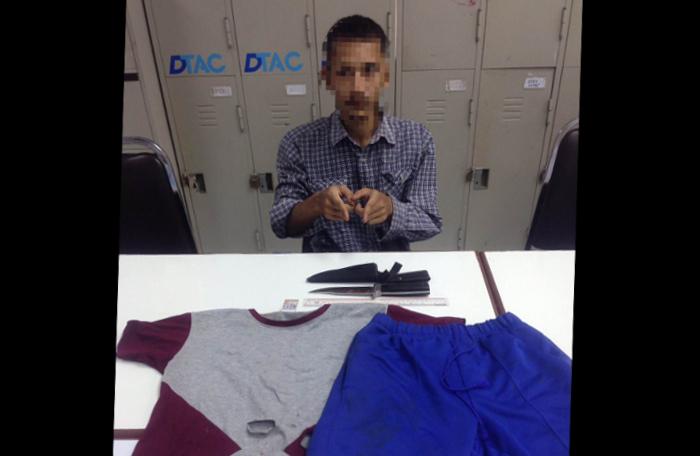 PHUKET: The self-confessed killer of the 18 year-old who was stabbed 18 times in Koh Kaew surrendered to Phuket City Police on Tuesday.

“After checking CCTV footage and interviewing witnesses, we learned who the killer was and asked the courts to issue an arrest warrant citing murder with intent,” said Lt Col Nabadin Pangleeseng of Phuket City Police. “We tried to put pressure on the suspect to make him surrender.”

Min’s parents brought him to Phuket City Police station on Tuesday. They brought with them the 27cm knife, as well as the shirt and a pair of shorts he says he wore while stabbing his “friend” to death.

“Min said that he and the victim were friends. That night, after talking for a while, they started to argue. The victim, Mr Manasanan, then took out a knife and attempted to stab him. The two then argued and fought for the knife,” said Col Nabadin.

“When Mr Manasanan lost his grip on the knife, Min grabbed it and stabbed him repeatedly before fleeing the scene,” he added.

Min was charged with murder with intent.