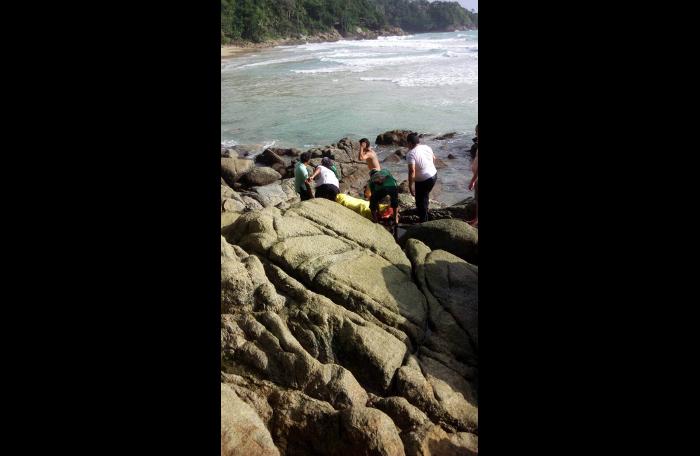 PHUKET: A French woman drowned after swimming in a red-flag zone on Nai Thon Beach on Saturday afternoon.

Anne Sophie Marie Torrijos-Faisant, 23, reportedly drowned as her friends looked on. They were unable to help as she was dragged out to sea by a rip current.

“We were told that Ms Torrijos-Faisant was swimming with her friends when she was dragged 30 meters offshore,” said Sakoo Police Lt Thanakan Utchanarassamee. “It took about 20 minutes for the lifeguards to find her, and it was too late to save her. She was pronounced dead-on-arrival at Thalang Hospital.”

“It’s monsoon season and we want to warn all tourists and residents not to swim in the red-flag zones. If you want to swim, please make sure you do so in the designated safe zones where the lifeguards are on patrol,” he added.

A number of tourists have died after ignoring the red flags in the past few months, including a Russian tourist just a week ago (story here).