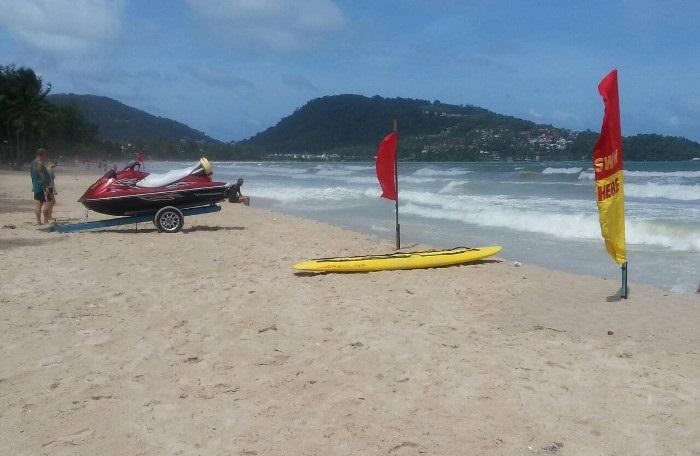 PHUKET: Police are hunting for three teenaged males involved in a knife fight with four foreign tourists on Patong Beach early this morning.

“Russian nationals Anton Lukin, 30, and Aleksandra Obodova, 21, were both hospitalized with cuts to their hands sustained in the scuffle, which occurred at 4:30am in front of the Graceland Hotel on Taweewong Road.

Mr Lukin and Ms Obodova confronted the gang when they spotted the three teens rummaging through their belongings, which they had left on the sand while they took a dip in the sea.

One of the gang of three then pulled out a four-inch knife and attacked the Russians. However, the pair put up a fight and tried to grab the knife.

Mr Wade and Ms Gibson were nearby and pitched in to help the Russians. Outnumbered, the teens eventually fled across Loma Park on a motorbike.

Mr Lukin is being treated at Patong Hospital for deep cuts to his left hand and Ms Obodova is in Vachira Hospital for injuries to her left hand, knee and stomach.

Mr Wade and Ms Gibson were also briefly hospitalized and treated for minor injuries received in the scuffle but have since been discharged.

Police are examining CCTV footage to try to track down the trio.