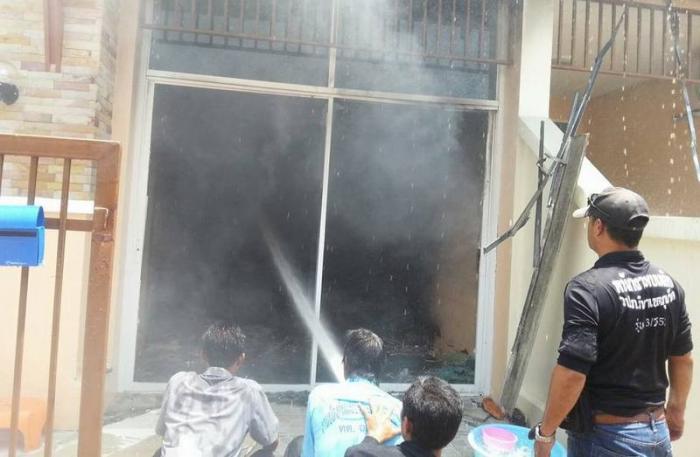 PHUKET: Authorities are trying to track down the owner of a house in Chalong that was gutted by fire this afternoon.

The fire broke out at about 12:45pm at the single-storey residence situated in a row of terraced houses in Soi Songkun.

“We believe the house is rented out by a foreigner, who was last seen leaving for work this morning. However, we have not been able to contact the owner or the occupant,” said Chalong Mayor Samran Jindapon.

Investigators form the Department of Disaster Prevention and Mitigation could not immediately ascertain the cause of the blaze but they suspect it was due to an electrical short circuit.

It took fire fighters about 20 minutes to tame the flames and prevent the fire from spreading to adjacent properties.

As the house was not occupied at the time of the incident, fire fighters had to smash windows and break down the front door to tackle the blaze.

The fire caused an estimated 50,000 baht worth of damage, destroying some furniture and electronic items, as well as the kitchen area.