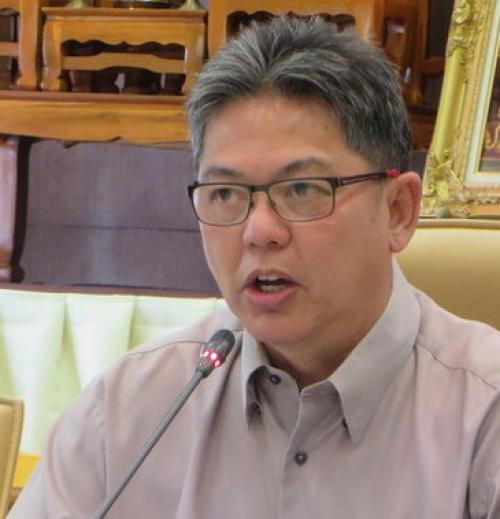 The four dates selected for voting, March 23 and 30 for the senator election and April 20 and 27 for the MP election, fall on Sundays. In accordance with the law, alcohol bans will begin at 6pm the night before and extend to midnight on the day of the election.

Anti-government protesters managed to shut down national elections in Phuket and elsewhere in Southern Thailand on February 1 (story here).

With that in mind, Phuket Election Commission (PEC) Director Kittipong Thiengkunakrit encouraged protesters not to boycott the senatorial election, noting that candidates do not register with a party affiliation.

“I personally believe the election would represent the kind of reform protesters are after, since the candidates don’t register under a specific party,” he said.

Mr Kittipong said he had no inkling as to whether protesters would mobilize to block the vote.

“We are following the protest situation one day at a time. Protesters have yet to mention the senator election. However, if circumstances change, we will have to discuss a plan of action,” he said.

Senators’ terms end on March 3 and the PEC will accept candidate registrations from March 4 to March 8 at the Phuket Community Hall. So far, five people have expressed interest in enrolling as candidates, Mr Kittipong said.

Advance voting in the senatorial election will be on March 23, and the election itself on March 30.

As for the MP election, there will be only one candidate, Mr Kittipong said.

Jirayos Songyos of the Pheu Thai party was the sole candidate to successfully navigate the blockade by anti-government protesters during MP enrollment in December (story here).

No new candidates will be allowed to register in Phuket.

“We will not re-open candidate registration. According to election law, if we re-open registration, the previous election would be void, which means we would be forced to have a new national election,” said Mr Kittipong.

“The Election Commission (EC) headquarters in Bangkok will decide what to do with District 1, as it has no candidates,” he said.

Advance voting for the MP election will take place on April 20, and the election itself will be on April 27.