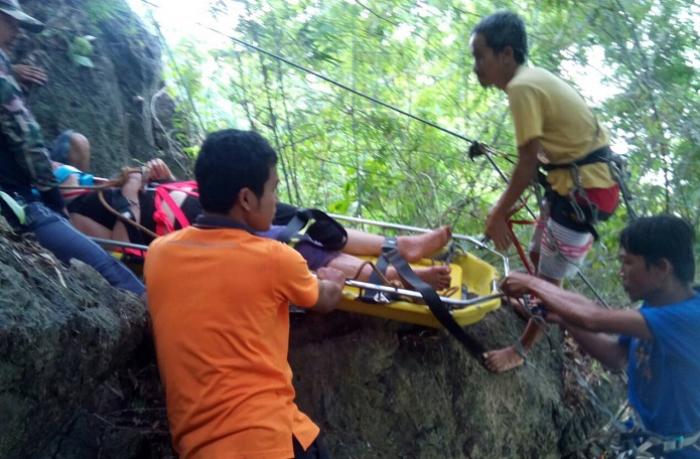 KRABI: The Thai man who sexually assaulted 23-year-old American tourist Hannah Michel Gavios on September 1, resulting in her falling down a 45-meter cliff at Railay Bay in Krabi, has been sentenced to five years in jail.

Ms Gavios was temporarily paralyzed after falling down the crevice at night while attempting to flee the advances of Krabi native Apai Ruangwong, 28, who later admitted to the attempted assault when police questioned him.

Mr Apai was also the one who notified the authorities for help, but not until the next day, after reportedly molesting Ms Gavios while she lay at the foot of the cliff in agony and unable to move with a fractured spine (story here).

Hannah Michel Gavios, 23, returned home to the US after being treated at Bangkok Hospital Phuket.

“Mr Apai was convicted at Krabi Provincial Court on October 17 for committing sexual assault as well as ‘assault causing serious injury’, and was sentenced to a five-year prison term. He did not make an appeal,” Ao Nang Police Lt Winai Poonsawat told the Phuket Gazette.

Such charges carry a mandatory 10-year jail term but the sentence was halved because Mr Apai admitted to the crime, said Col Winai.

The US Embassy has been informed of the judge’s ruling so they can pass on the news to Ms Gavios.

“We have not heard anything about Ms Gavios’ condition since her return to the States, but we hope she is better and that news of the court’s decision offers some closure, Col Winai said.