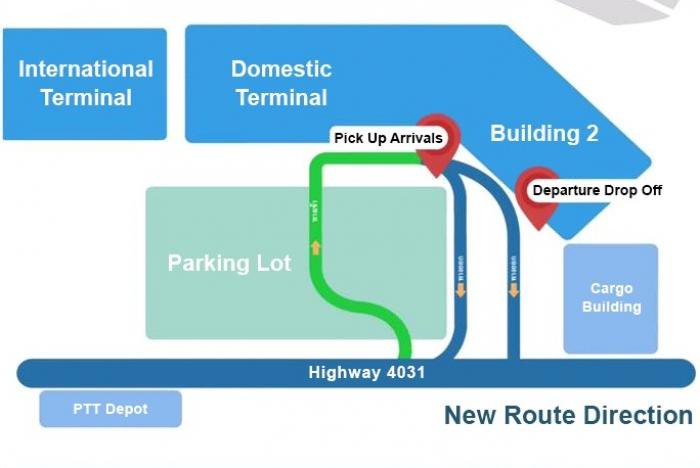 PHUKET: Work began today to revamp the domestic terminal at Phuket International Airport, following the opening of the new international terminal on September 16.

Airport Director Monrudee Gettuphan said the renovation is ‘expected’ to take 330 days. When complete, the former domestic terminal will be re-opened as a ‘commercial zone’ designed to fit in with the new international terminal.

The work is to be done in two phases, explained the director: levels one through three in the old domestic terminal on the south side and then the three levels in the old international terminal.

Ms Monrudee said signs have been installed to direct visitors while work is underway.