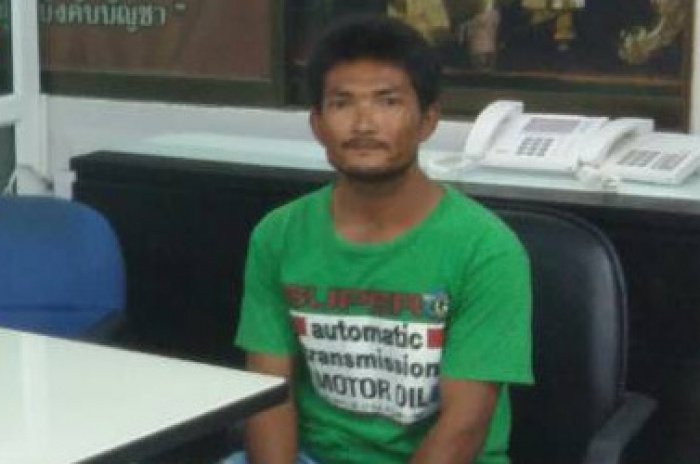 PHUKET: An out-of-work lifeguard faces a 4,000-baht fine and up to three years in prison for an attack on two Russian women tourists on Karon Beach on Monday.

Jaruay Wongkleang, 31, surrendered himself at Karon Police Station on Tuesday night after Marina Panko and Iana Savchenko, both 24, filed a report of the assault in broad daylight on Monday.

“One of the women suffered minor injuries to her foot and toes after he stomped on them, and the other was punched in the stomach,” said Lt Weerayut Saebang of the Karon Police.

Both women were taken to Patong Hospital for treatment and to confirm they had not suffered any further, more serious injuries, he added.

The tourists reported that they were sitting on Karon Beach when Mr Jaruay approached them and seemingly asked them for money.

“They could not understand each other, and they ended up arguing. Then Mr Jaruay stomped on one of them and hit the other,” explained Lt Weerayut.

The women ran off, and quickly found a police officer on patrol not far from the beach.

“The officer returned to the scene of the attack with the two women, but they could not find him,” Lt Weerayut told the Phuket Gazette.

“We checked CCTV and were able to later identify Mr Jaruay as the attacker. We asked local people in the area to keep an eye out for him and inform us if they saw him.”

Lt Weerayut confirmed that Mr Jaruay walked into the police station on Tuesday night and confessed to the attack, but said that he had lost his temper over one of the women raising her middle finger at him.

“Despite his story being different, we charged Mr Jaruay with assault,” Lt Weerayut said.

“What penalty he faces is now up to the judge.”

Kata-Karon chief lifeguard Uten Singsom confirmed to the Gazette that Mr Jaruay was recently a lifeguard, until the annual contract to patrol the beaches expired last week, leaving all Phuket beaches without lifeguards (story here).

“Yes, he was a lifeguard,” Mr Uten said. “And I am very surprised – and very disappointed – to hear of this.”