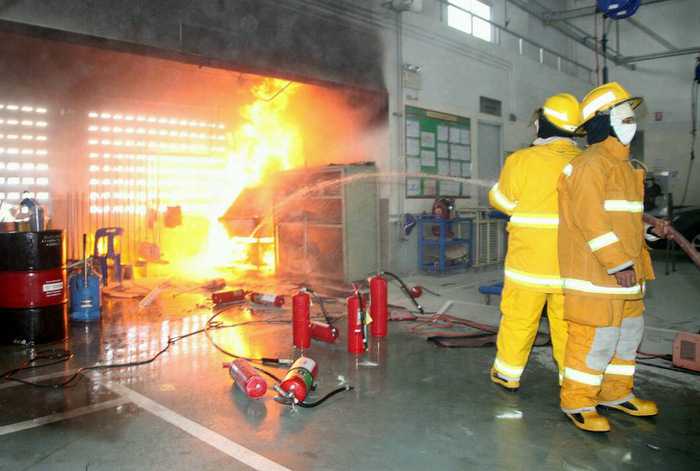 PHUKET: A fire that broke out in the main workshop at the Toyota showroom on the Dowroong intersection, south of Phuket Town, yesterday afternoon caused more than 100,000 baht in damage.

“Luckily no-one was injured in the blaze,” said Lt Kraisorn Pakaaree of the Phuket City Police, who was notified of the fire at 2:50pm.

Firefighters soon arrived and attempted to douse the flames by using fire extinguishers and water.

“It took them about 20 minutes to bring the fire under control, but in the end they had to use a chemical to put out the fire, as the flames were fueled by used oil stored in the workshop,” Lt Kraisorn explained.

A staffer at the showroom reported that a spark from a welder in the workshop at the time likely started the fire.

Regardless, Lt Kraisorn confirmed that his officers had yet to confirm this, and that the cause of the fire would be investigated thoroughly.