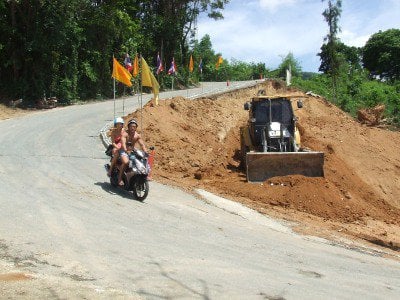 PHUKET: The Finnish Embassy today named 32-year-old Tuomas Johannes Mustonen as the Finnish tourist who died in a motorbike accident on Big Buddha Hill on Wednesday.

Mr Mustonen’s body was found by police patrolling the area of the Big Buddha on the evening of Makha Bucha Day.

“While on patrol, officers came across a Yamaha Fino motorbike. Nearby, they discovered the body of a foreign man and an injured woman,” said Sombat Rodtan, Administrative Officer at Chalong Police Station.

A Consular Officer at the Finnish Embassy in Bangkok confirmed to the Phuket Gazette today that the woman who was riding with Mr Mustonen was taken to hospital for surgery, but was unable to provide any details concerning her nationality, identity or the extent of her injuries.