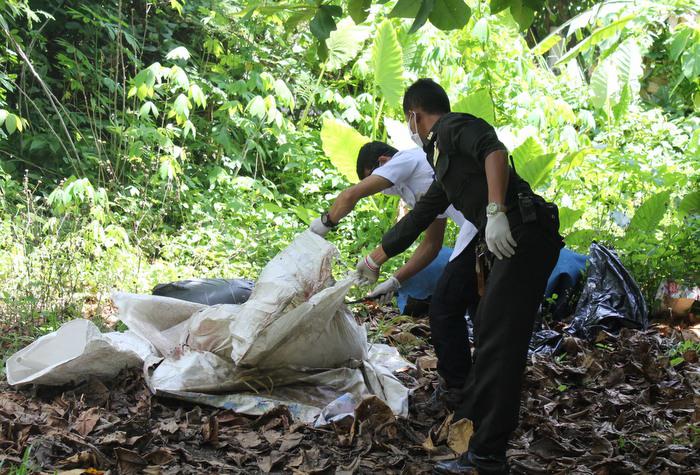 PHUKET: Police called this morning to investigate a possible corpse wrapped in a bag in Phuket Town found the bodies of two dogs instead.

Residents called authorities after noticing a rotting odor coming from the bag, found outside an abandoned house near the Revenue Department office on Narisorn Road.

Rescue workers who were first on the scene hesitated to investigate.

“We were afraid to open it because we thought it might be a human body,” said one.

“When the police arrived, we opened it together, and found the bodies of two dogs – a Golden Retriever and a poodle – wrapped in two separate bags.”

The dogs looked old and foul play was not suspected, the rescue worker said, before taking the dogs’ bodies to be buried at an undisclosed location.