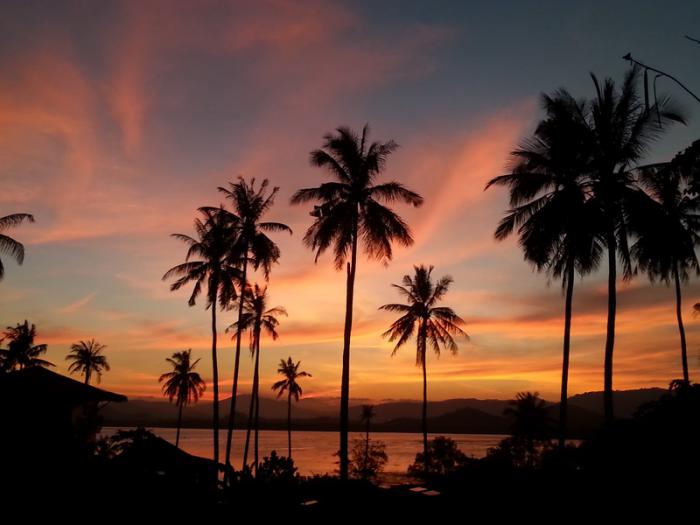 PHUKET: I FIND myself writing increasingly about the concept of “escape” from Phuket these days. Talking to fellow cyclists and other residents alike, the need to find a sanctuary away from the everyday hassles, stress, traffic and urbanization of Phuket keeps coming up. It seems that the work week is taking its toll on people living in Phuket and so a depressurizing and recharging escape to a nearby tranquil location is increasingly sought. This is particularly true of poor blighted cyclists, who face not only heat and pollution, but continual danger in pursuit of their passion for pushing pedals.

When my friend Wayne “Red” Graham told me about the boutique villa he was buying in the newly-opened Jindarin Beachside Resort on Koh Maphrao, or Coconut Island, literally a five-minute boat ride from Phuket’s east coast, it sounded exactly the sort of proximal cycling escape that my soul was craving.

Koh Maphrao is a small isle about 2.5 kilometers by 1.5km, located just 500 meters off Phuket’s east coast, near the popular Laem Hin seafood dining piers just north of Phuket Town. Koh Maphrao is still rather undeveloped because, amazingly enough, there’s no electricity on the island apart from private generators. However, during my March 2014 visit, contractors were, at last, erecting power poles… a cause of great celebration among the 400 or so resident Muslim islanders.

It took us only five minutes by long-tail boat, my mountain bike balanced precariously in the prow, to reach Koh Maphrao’s main pier, on the island’s west coast. The island is roughly rectangular and a good quarter of its southwestern corner is covered with mangrove forest, home to long-tailed Macaques and a breeding nursery for all sorts of local fish. There’s only one paved road through the heart of the island from west to east, starting at the pier and finishing at a viewpoint in the east coast jungle, but there are lots of hilly and rocky tracks to entertain and challenge the pioneering mountain biker.

The main village is located on the northern coast, next to the first resort built on Koh Maphrao –The Village Coconut Island. Fishing and farming are the two main occupations and rubber trees, plus local fruits and vegetables, are grown in the central part of the island.

There are only three easily reachable beaches, the longest one being on the northern coast in front of the Village Coconut Island Resort; the second one on the southern coast, where the Jindarin Beach Club itself is situated, and the third one is a secluded little cove, accessible by bike, on the east coast.

In the late afternoon when it had cooled down a little, I cycled to the northeastern part of the island which is wild and superb with some mountainous rainforest. The one paved road gradually degenerates into a dirt track which follows the east coast up to its central part, where a crumbling, closed-up bungalow resort with a dilapidated restaurant stands. There are still some people living in this corner of the island – retired Europeans living their dream in peace, seemingly far away from it all, but in reality just five minutes by boat from Phuket. This is certainly one of the great advantages of settling here as a retired Aussie couple I met told me. While the island is still unspoilt and undeveloped, it’s only a short drive and boat ride to all the amenities (and hassles) of Phuket. The best of both worlds in fact!

Cycling around the hilly eastern part of the island proved quite challenging, with some steep rocky climbs, but the view to the east was worth it, as on a clear evening like the one I enjoyed, you can see the Phi Phi Islands and even the hazy outline of the Krabi coast.

After the ride, I settled down with Red on the terrace of his boutique villa at the Jindarin Resort. The Resort is being built as a natural “fantasy-land” focused on nature, with cart paths and nature trails leading to grass-roofed cottages with their own Robinson Crusoe pier, a swimming pool and a sand-between-your-toes club house and beach bar.

Jindarin boasts a genuine bucolic charm and is light years away in character and psychology from Phuket. Yet, as we sat there quaffing icy-cold beer on Red’s lovely terrace, I felt I could almost reach out and touch the lights as they flickered amidst the vegetation back on the main island.

Koh Maphrao is certainly a delightful place to visit if you’re a cyclist looking to discover authentic local life and a glimpse of the past where most of the modern world’s travails have yet to arrive. And it’s only a five minute boat ride away!