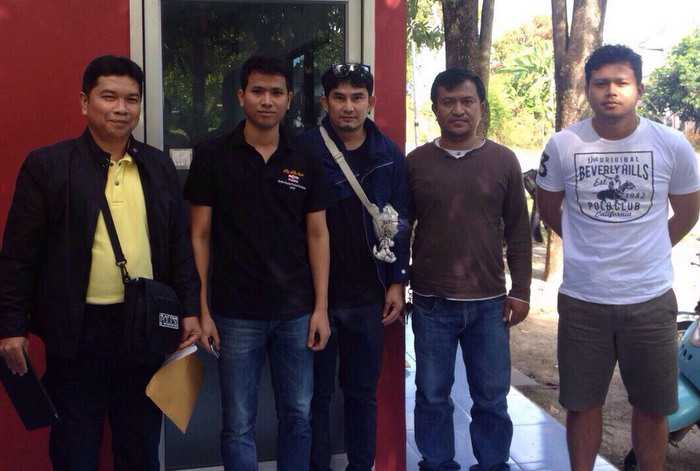 The Phuket Provincial Court issued an arrest warrant on December 26 after Mr Anon failed to comply with the court summons to be charged with trespassing.

“However, the Toon Maha Larp company told us that the request to film on the premises was denied. Nonetheless, Mr Anon used the building for filming from June 17 to 25.”

Mr Anon was detained by immigration officers at Suvarnabhumi Airport and then taken into custody last night by Tah Chat Chai Police.

“We had to travel to Bangkok to bring Mr Anon back, he was about to leave the country,” Lt Col Chalermchai said.

After questioning him, police released Mr Anon this morning on bail of 100,000 baht.

“He has already travelled back to Bangkok. However, he will have to face the charges and appear before a judge at Phuket Provincial Court,” Col Chalermchai said.