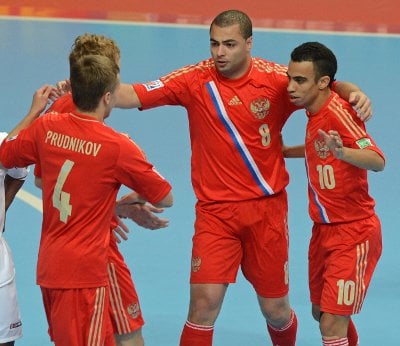 PHUKET: With the FIFA Futsal World Cup 2012 preparing for its final four matches of the group stage tonight, local fans will be closely monitoring the results, which will have an impact on the fate of the Thailand national squad.

Despite losing two of its three Group A matches, this year’s hosts, Thailand, may still advance to the second round of the prestigious World Cup finals – which would be the first time in four appearances – if it finishes as one of the best third placed teams.

Of the six groups of four teams, the four best third placed teams will advance to the second round, along with the respective winners and runners up of each group.

To qualify, the War Elephants are looking at four scenarios as follows:

If Group E’s Serbia beats the Czech Republic: probable and not difficult.

Match schedule is as follows:

10 teams have already secured their spot in the second round. These are: Brazil, Portugal, Japan, Ukraine, Paraguay, Spain, Iran, Panama, Italy and Argentina.

Unless something drastic happens in tonight’s matches, Russia and Serbia will also qualify as winners of their respective groups.