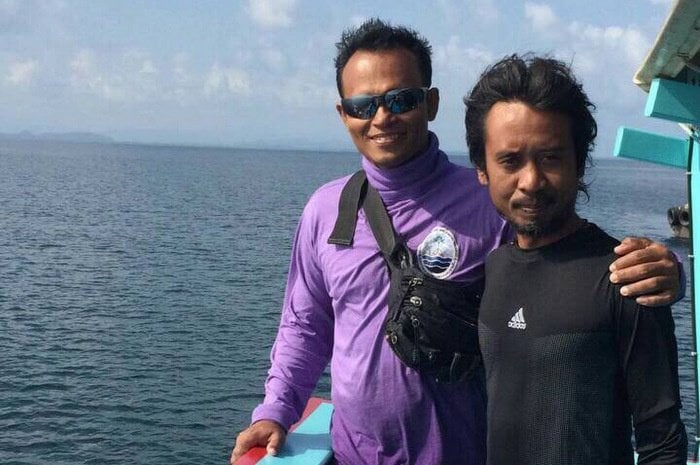 PHUKET: Officials have yet to learn what was the catalyst for the death of an experienced diver who fell unconscious during a mass-diving volunteer project at the Similan Islands on Saturday.

“We have been informed that Mr Suthat died from the effects brought on by decompression sickness,” Nut Kongkasorn, chief of the Mu Ko Similan National Park, told the Phuket Gazette this morning.

“It was a very deep dive and he stayed too long. There was too much nitrogen in his body, which caused him to go into shock.”

However, Mr Nut has yet to learn why Mr Suthat stayed too long at that depth, and why his dive buddy Suwat Jutapruet did not suffer the same fate.

All three men were taken to Koh Hu Yong, where they were airlifted to Phuket by a Royal Thai Navy helicopter from the Third Area Command at Cape Panwa.

“Mr Suwat was bleeding from his nose, but Mr Suthat remained unconscious. Attempts to revive him failed and he was pronounced dead on arrival at Vachira Phuket Hospital,” Mr Nut confirmed.

Both Mr Suwat and Mr Patompong were treated in the hospital’s hyperbaric chamber.

“They have fully recovered and were discharged from hospital care yesterday,” Mr Nut said.

The park chief added that he hoped to learn what caused the tragedy.

“According to Mr Suwat, Mr Suthat had logged more than 700 dives,” Mr Nut said. “Also, Mr Suthat’s tank was more than half full, so we are investigating further in the hope of learning what caused his death.”

Mr Nut denied that amateur divers were asked to exceed their diving capabilities in joining the mass-dive event on Saturday, of which Mr Suthat was taking part as a volunteer.

More than 200 volunteers joined the project, called “Sea Protection Project 2015”, to install buoys in the park.

The project, organized by Department of National Parks and Wildlife Conservation, Royal Thai Navy, Royal Thai Air Force and other agencies, was held in honor of HRH Princess Maha Chakri Sirindhorn’s 60th birthday, to be celebrated throughout the nation on April 2.

“All volunteers in the project were experienced divers,” Mr Nut assured. “We also had medical staff from Phang Nga Hospital on hand to administer any first aid required.”

Police have closed their investigation into the incident.

“Police consider this case to be death by accident,” said Lt Surachart Thongyai of the Kuraburi Police.

“We will not investigate further as his relatives have accepted that although Mr Suthat was a very experienced diver, accidents can happen.”

German expat on top after robbed over iPhone sex swap