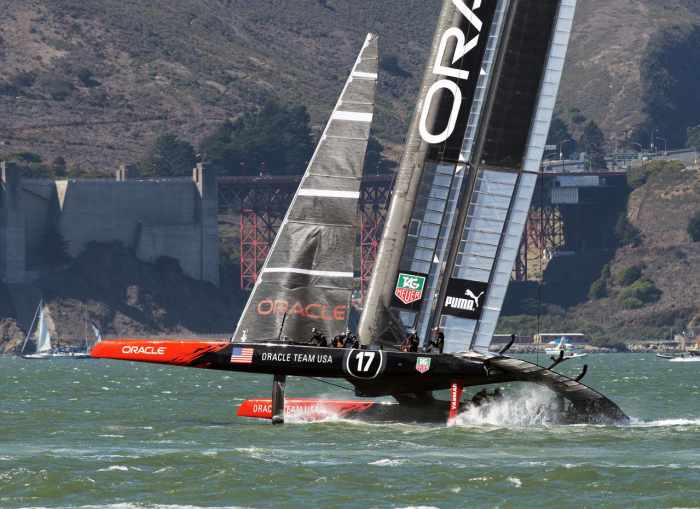 PHUKET: Four European teams promised on Friday to compete for the next America’s Cup, ensuring the event would be viable after official challenger Team Australia pulled out because of rising costs.

The European rivals from Italy, Sweden, Britain and France said they would cooperate with Oracle Team USA, the holders, to ensure the 35th America’s Cup in 2017 was a sporting and commercial success.

“The teams Luna Rossa Challenge, Artemis Racing, Ben Ainslie Racing and Team France – jointly with the yacht clubs they represent – confirm their full support to the event, regardless of the host venue that will be selected,” they said in a joint statement.

Planning for the 2017 Cup was thrown into turmoil last week when the Australians, the Challenger of Record, withdrew from the event.

The next America’s Cup will be sailed in either San Diego or Bermuda, with the venue to be confirmed in October.

The Challenger of Record is tasked with negotiating the details of the next event with the holders of the trophy.

A series of regattas is usually held in the run-up to the America’s Cup and the winner of those goes forward to take on the defending champion.

The 2013 America’s Cup captured the imagination of the sporting world when the US team backed by software billionaire Larry Ellison roared back from an 8-1 deficit to beat New Zealand 9-8 in San Francisco.

Four-times Olympic champion Ainslie was part of the winning Oracle team but is now aiming to claim sport’s oldest trophy for Britain for the first time since the event started in 1851.

The event will be sailed with a similar but smaller version of the 72-foot (21.94-meter), wing-sail catamarans used in 2013.

“AC62 will again be incredibly exciting to watch, both on and off the water, all the ingredients you need for a great sporting event,” said Ainslie, who is aiming to raise 80 million pounds ($135 million) to fund his team.

Besides the Europeans, New Zealand have said they will challenge again, though a lack of clarity on the venue had been putting potential sponsors off committing to back the venture.

Phuket land grab probe: Peninsula not out of the woods yet