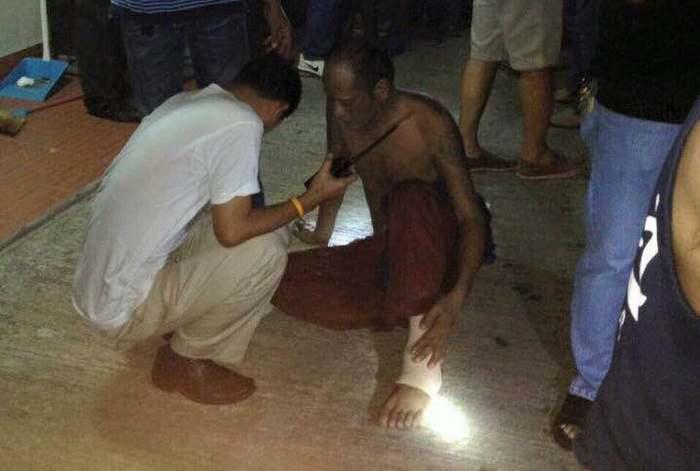 PHUKET: Police last night surrounded the house where an escaped prisoner was hiding, forcing him to surrender.

Nimit Jindamanee, 45, was on the run after he managed to free himself from his restraints and elude his custodian at Vachira Phuket Hospital. He was admitted to the hospital on September 28 in order to be treated for tuberculosis and immune deficiency issues (story here)

“After reviewing CCTV at the hospital and from nearby roads, police learned that a woman had assisted Mr Nimit in his escape,” explained Phuket Provincial Prison Chief Pichit Wanajit. “By tracking the phone number she had used to contact the hospital, we were able to locate the house in Saphan Hin where Mr Nimit was hiding.”

Without enough evidence to secure a search warrant for the house, officers surrounded it.

“Police kept the pressure on Mr Nimit until he surrendered at about 7pm,” Chief Pichit told the Gazette.

On top of his current sentence for cheque fraud, Mr Nimit was charged for the prison escape.

Police declined to name the woman and residents of the house in which Mr Nimit was hiding.

“Police will investigate the roles of these individuals in the escape before deciding whether or not to charge any of them for assisting Mr Nimit,” Chief Pichit said.