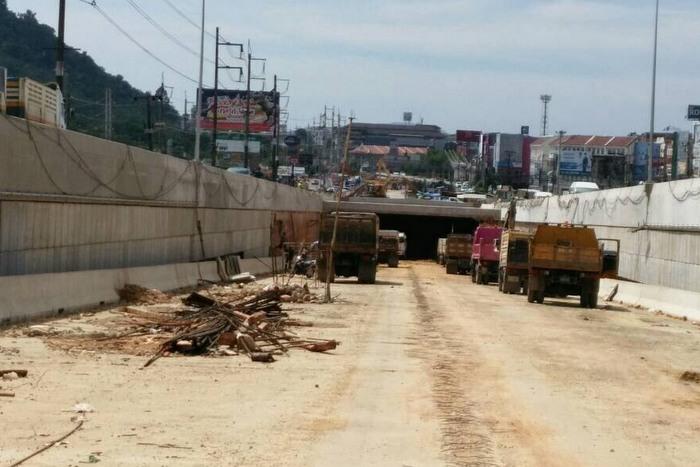 PHUKET: After months of deadline extensions for the Samkong Underpass project, the Phuket Department of Highways has given the construction company in charge of the project an additional 30-day grace period before it starts to levy hefty fines.

Last month, it was announced that Wiwat Construction Co Ltd, the construction company building the 800-million-baht Samkong underpass, had until December 21 to finish the project before the multi-million-baht fines were implemented. However, that deadline has now been pushed back to January.

With fines to be imposed from next month, the total amount the company will have to pay will have reached 10 per cent of the entire project cost by the end of February. After that, the governor has the right to cancel the contract and levy an additional 80mn-baht fine on the company.

The project has been plagued with issues, such as regular flooding during the rainy season and serious road-safety concerns, which saw citizens having to take personal initiatives to fix dangerous areas of the bypass road near the site (story here).

At this stage, the project is only 60 per cent complete, confirmed Mr Chalermpol.