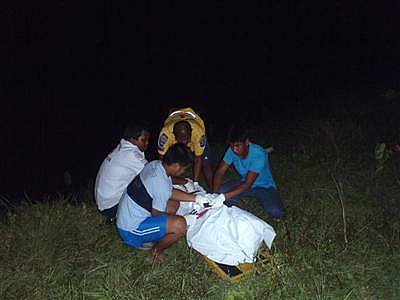 PHUKET: The body of a Phuket man who went missing on Friday was discovered by relatives two days later in a pond near his home in Thalang.

His death was reported by his father, Jaras Kaewkla.

Mr Jaras told police his son went missing from the family home at about 5:30 on Friday evening, but the family was not unduly worried as they thought he had gone off to visit relatives.

When they called the relatives over the weekend, however, they said Mr Phumichai was not with them.

A subsequent search found the bloated body of Mr Phumchai floating face up in a pond less than 100 meters from the family home in Mai Khao Village 4.

Phuket Kusodharm Foundation workers recovered the body and transported it to the Thalang Hospital morgue for storage while the family makes funeral arrangements.

The victim’s father told police he presumed his son went to the pond to fish, but fainted with a seizure and drowned.

His son was epileptic, he said.

Things about Yingluck include a Phuket Connection