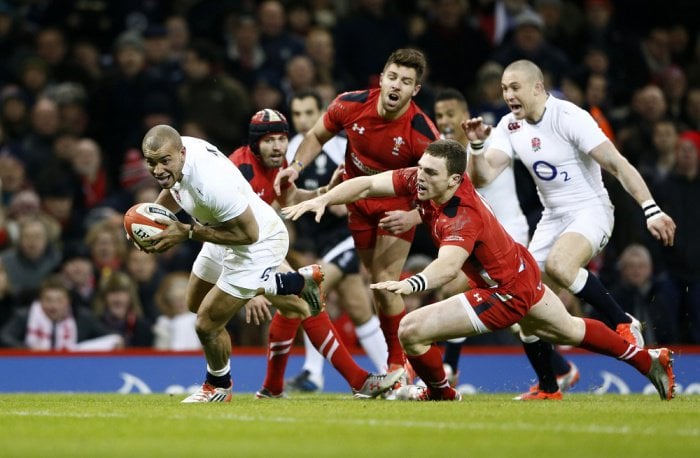 PHUKET: England extinguished early Welsh fire with clinical finishing, a brutal display of forward power and a dominant second half show to secure a 21-16 victory in an absorbing Six Nations Championship opener on Friday.

Striking the first blow in World Cup year, England held the hosts scoreless in the second half to quieten a noisy Millennium Stadium crowd and avenge a record 30-3 defeat two years ago in Cardiff.

The memories of that capitulation appeared to still haunt Stuart Lancaster’s side as the Welsh roared into an early 10-0 lead but the visitors held their nerve to get back into the game with Anthony Watson’s first test try.

Trailing 16-8, England struck quickly after the break through centre Jonathan Joseph and his try turned the tide before the boot of man-of-the match George Ford kicked his team to a victory they celebrated long and hard.

“To get 13 unanswered points in the second half was great. For a young side to come here and get the win is really pleasing,” said Lancaster, whose side will face Wales again later this year in the World Cup pool stage.

Wales, with confidence high after ending their November campaign with victory over South Africa, carried that momentum into the opening moments.

Lancaster’s men could ill afford to concede early points but an indiscretion at the breakdown allowed Leigh Halfpenny to land his first penalty.

England then knocked-on and despite the Welsh being pushed back at the ensuing scrum, Toby Faletau picked up, ran hard at the line before off-loading for scrumhalf Rhys Webb to dive over.

Wales sensed blood but England regrouped and from their first real foray in the opposition half, a clever dink through from Mike Brown allowed Watson to slide over.

Halfpenny and Ford exchanged penalties before flyhalf Dan Biggar, bloodied by a clash of heads, landed a monster drop goal for the home team on the stroke of halftime.

England came out fired up and the elusive Joseph took advantage of loose tackling to cross after the visitors had recycled through the phases.

Gaining in confidence, England began to assert themselves in the pack, taking the game to Wales and forcing mistakes.

A James Haskell burst almost brought a try but he was held up against the post although wing Alex Cuthbert was yellow-carded for not rolling away and Ford kicked England into the lead for the first time.

England thought they had made the game safe when lock Dave Attwood rumbled over but the try was ruled out before Ford again split the posts. (Editing by Tony Jimenez and Ken Ferris)