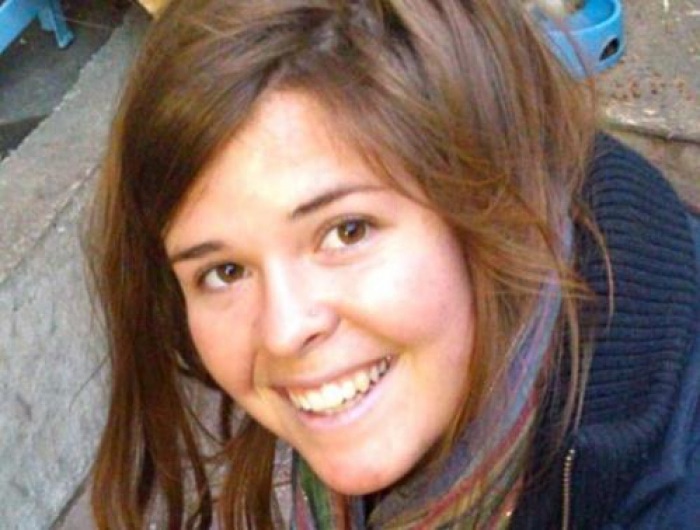 PHUKET: Islamic State said on Friday that an American woman hostage it was holding in Syria was killed when Jordanian fighter jets bombed a building where she was being held, but Jordan expressed doubt about the Islamist militant group’s account of her death.

In Washington, U.S. officials said they could not confirm that the woman, 26-year-old humanitarian worker Kayla Mueller of Prescott, Arizona, had been killed.

Mueller was the last-known American hostage held by Islamic State, which controls wide areas of Syria and Iraq.

The group has beheaded three other Americans, two Britons and two Japanese hostages – most of them aid workers or journalists – in recent months. Mueller was taken hostage while leaving a hospital in the northern Syrian city of Aleppo in August 2013.

The group’s latest claim, detailed by the SITE monitoring group, came just days after it released a video on Tuesday showing a captured Jordanian pilot, Mouath al-Kasaesbeh, being burned alive in a cage.

Jordan’s King Abdullah, who was in Washington discussing how to deal with Islamic State militants when the video was made public, vowed to avenge the pilot’s death and ordered a stepped-up military role in the U.S.-led coalition against the group. Jordan said it had carried out a second straight day of air strikes on Friday on Islamic State positions.

“We are looking into it but our first reaction is that we think it is illogical and we are highly sceptical about it. … It’s part of their criminal propaganda,” government spokesman Mohammad Momani said in response to Islamic State’s account of what happened to Mueller.

“How could they identify Jordanian war planes from a huge distance in the sky? What would an American woman be doing in a weapons warehouse?” Momani added.

Hours after the release of the video showing the pilot burning to death, Jordanian authorities executed two al Qaeda militants who had been imprisoned on death row, including a woman who had tried to blow herself up in a suicide bombing and whose release had been demanded by Islamic State.

A representative of Mueller’s family said the family had no information on Islamic State’s statement.

White House National Security Council spokeswoman Bernadette Meehan said the United States is “deeply concerned” over the report but had not seen “any evidence that corroborates” the group’s account.

Islamic State, in a message monitored by SITE, said Mueller died when the building in which she was being held outside Raqqa, a stronghold of the group, collapsed in a Jordanian air strike on Friday.

“The air assaults were continuous on the same location for more than an hour,” Islamic State said, according to SITE.

The group released photos of what it said were the building’s wreckage but did not include photos of Mueller.

French journalist Nicolas Henin, a former captive of the group in Syria who gained his freedom last April, said on Twitter, “Kayla Mueller was among the very last of my former cellmates still detained. I was full of hope she could have a way out.”

The U.S. military last summer carried out an unsuccessful mission to rescue American hostages held by the group in Syria.

Reuters and other Western news organizations were aware Mueller was being held hostage but did not name her at the request of her family members, who believed the militants would harm her if her case received publicity.

‘WHERE IS THE WORLD?’

Mueller, a 2009 Northern Arizona University graduate, had a long record of volunteering abroad and was moved by the plight of civilians in Syria’s civil war.

“For as long as I live, I will not let this suffering be normal – something we just accept,” Mueller’s local newspaper The Daily Courier quoted her in 2013 as saying.

“When Syrians hear I’m an American, they ask, ‘Where is the world?’ All I can do is cry with them, because I don’t know,” Mueller said.

She had worked for a Turkish aid organization on the Syrian border and volunteered for schools and aid organizations abroad including in the West Bank, Israel and India.

“The common thread of Kayla’s life has been her quiet leadership and strong desire to serve others,” according to a statement from her family’s representative.

Among the hostages still thought to be held by the group is British photo journalist John Cantlie.

Jordan is a major U.S. ally in the fight against militant Islamist groups. It is home to U.S. military trainers bolstering defences at the Syrian and Iraqi borders, and is determined to keep the jihadists in Syria and Iraq from crossing its frontiers.