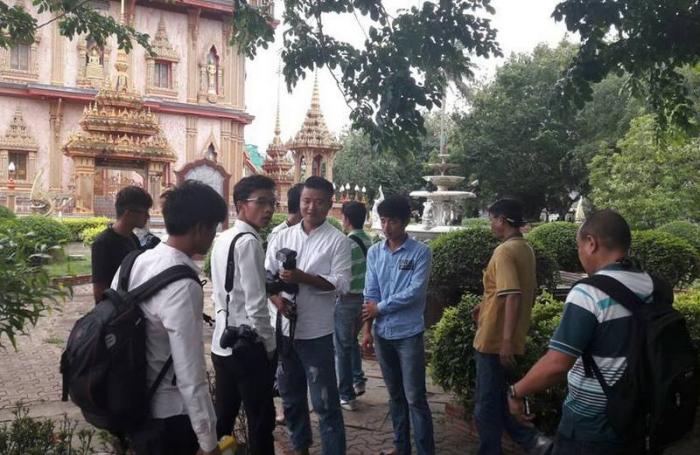 PHUKET: Eight Chinese photographers were arrested for working illegally in Phuket on Tuesday.

“The suspects were preparing to take photographs of couples for a wedding ceremony being held at Chalong temple at about 11:30am,” said Phuket Provincial Labor Office Chief Suttipong Saisakares.

“Our officers asked for their work permits, but they were unable to provide any. So, we explained to them that it is illegal to work without a permit.”

They were taken to Chalong Police Station and charged for working illegally in Thailand.