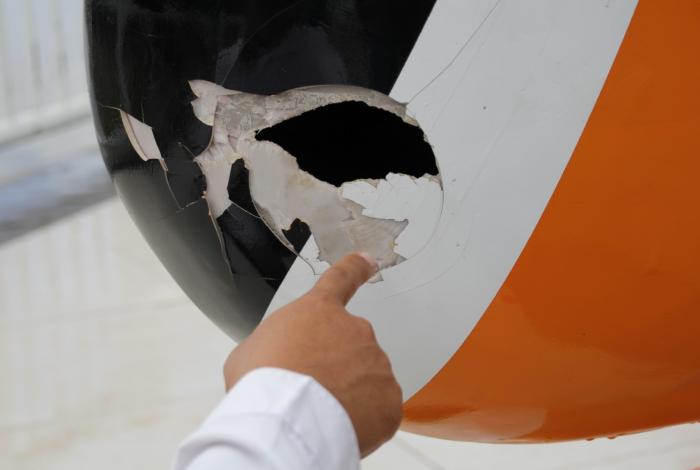 “Whoever did this is heartless,” said Mr Keeratisak in his post. “The sculpture was built using public taxes in order to accentuate the beauty of the province for tourists. It is damaged at the tail and was probably smashed by a strong object.”

There are a total of six similar sculptures along Chao Fa dam close to Krabi River, leading toward the city, including a five-million-baht bronze sculpture of a sailfish, erected at Ao Nang Beach in June last year (story here).

Mr Keeratisak mentioned that there are various other sculptures in the province, including the ‘big black crab’. He threatened future perpetrators with legal action if they are caught damaging any of them.