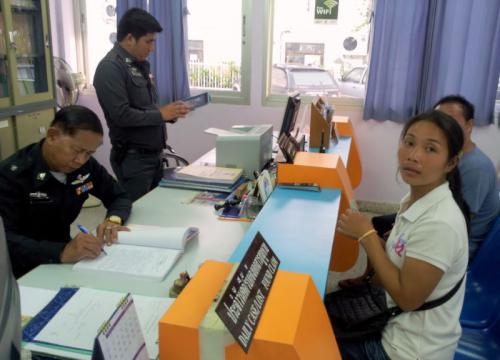 PHUKET: A distressed woman made a public plea for help in the search for her father, who is suffering from Alzheimer’s Disease and wandered away from home on Saturday afternoon.

Benjawan Moonket, 29, filed a missing person report with the Thalang Police at about 5:30pm yesterday.

“The missing person is Muang Moonket, 60. He was last seen at about 1pm on Saturday, Sub Lt Somkid Kaewkrai of the Thalang Police told the Phuket Gazette.

Mr Muang was left alone in his house on Saturday after his daughter left for work and while his wife visited a doctor at the Cherng Thalay Health Center.

“He was wearing a black shirt and black pants when he left the house,” Ms Benjawan said.

“When my mom came back from the health center, my father was gone,” she said.

Ms Benjawan and her mother were told that Mr Muang had been seen walking along the road near the Tesco Lotus in Cherng Thalay. However, they searched the area and were unable to find him.

They then heard from friends that Mr Muang was spotted on foot in Koh Kaew. Despite searching all night, there were unable to find him or gain any further information about where he might be.

“I am so worried about him. I don’t want anything bad to happen to him,” Ms Benjawan said.

Anyone who spots Mr Muang is asked to contact the Thalang Police at 076-311123 immediately.