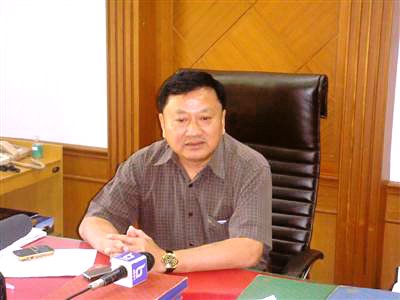 The company, the local affiliate of a large Copenhagen-based tour company, will bring in 8,000 Scandinavians on direct charter flights to the island this high season. Each tourist is expected to spend an average of 40,000 baht during stays, pumping roughly 320-million-baht into the local economy, Mr Tan explained.

Immigration Police on December 28 raided the company’s offices at the Royal Crown Hotel in Patong, finding five Danes working there without work permits.

The company had already applied for permits for five workers, though none had been issued at the time of the raid.

The company was quickly set up in order to operate during the lucrative high season and its first charter flight landed in Phuket on December 21.

Vice Governor Tri was sympathetic to the company’s plight, but insisted no special favors could be done.

The company would need to increase its registered capital to be able to apply for all of the employees, he said.

“We will co-ordinate with Immigration and the court to help those who were arrested, but they will have to pay fines, the amounts of which will be up to the court,” said V/Gov Tri, who is tasked with overseeing tourism related matters on the island.

“This is the first time something like this has happened. We don’t want to create problems for tourism, so we’ll make things as convenient for them as we can,” he said.