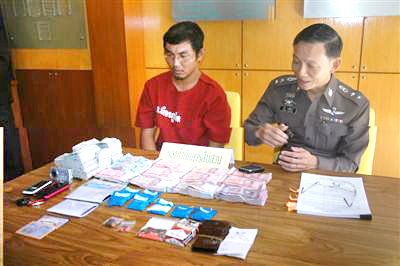 PHUKET: Crime statistics compiled by the Phuket Provincial Police reveal 45 murders and 310 cases of manslaughter on the resort island in 2009.

Based on the official population of just over 320,000, the figures put the total number of instances of murder and manslaughter at an alarming rate of more than one victim per 1,000 residents over the year.

However, the official population figure is highly inaccurate as it fails to take into account the number of migrants workers, expat residents, tourists and illegal aliens on the island.

There were two fewer recorded murders in Phuket last year than in 2008, a 4.4% fall.

The statistics, though official, are unaudited and do not necessarily include all actual cases or either crime.

To put this in context, some estimates have put the number of prostitutes working on the island at around 7,000.

There were 2,043 people arrested for gambling in 684 cases, and 289 arrests for involvement with the illegal lottery, cases of which are tabulated separately.

A total of 278 guns were seized, down 14.9% on the previous year, while there were six seizures of military weapons.

Among the controlled substances seized in 2009: