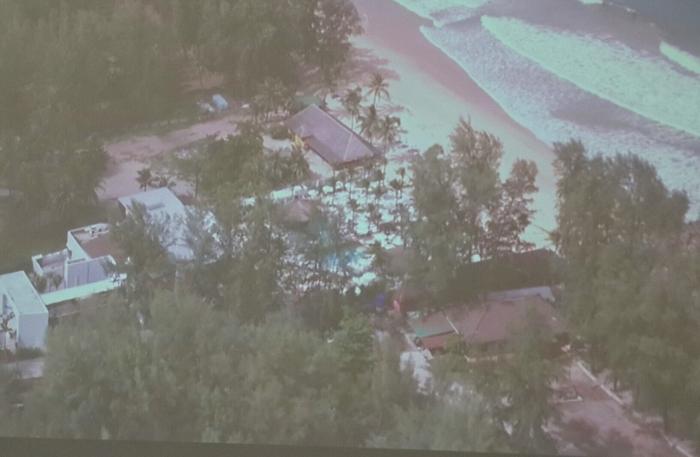 PHUKET: The owner of Six Mountains Co Ltd yesterday called on the Department of Special Investigation (DSI) to look into his adversary land ownership documents in Koh Nakha Moo 5 in Thalang district.

Chanwit Kijlertsiriwattana claimed that his company was being singled out by the DSI in its investigation over the Hiranpruk family’s allegations that his firm had used illegitimate land-rights documents to occupy three plots in the area. He also presented related papers to explain himself.

Mr Chanwit said he had paid 42 million baht for the 24-rai plots and therefore became one of the three or four landlords in the area. He said that the Hiranpruk family’s claim of being the area’s sole concessionaire were untrue and denied he had encroached on forestland, claiming the area wasn’t forested and had been occupied since 1962.

However the DSI’s environment case office chief Prawut Wongsinil, said investigations initially found that the land document in question may have been illegitimately issued using a Sor Kor 1 land documents meant for other plots (flying SorKor 1). He also noted that the DSI found that the plots’ territories were suspiciously expanded from what was stated in the SorKor 1 and the NorSor 3 Kor forms before the plots were resold to Six Mountains. Mr Prawut said that the DSI was considering taking up this case officially.

Meanwhile, a combined team of police and administrative officials used backhoes to demolish a hotel in Phang Nga’s Ta Kua Pa district yesterday, as it was deemed to have been constructed on public land without permission.

However, the building’s owner, Sitthichai Boonyasit, filed a complaint with the Tambon Khuekkhak head, saying that this had been done using ‘double standards’, as shops and buildings nearby, which were also located on public land for two years, had not been torn down.

The demolition – for which Mr Sitthichai would be charged later – would be completed in seven days, Tambon Khuekkhak deputy clerk Sukkasem Sombat said.

Mr Sitthichai was told to tear down the structure by February 15 and his appeal to the Administrative Court dismissed, while the Supreme Court ruled the area a public land, he said.