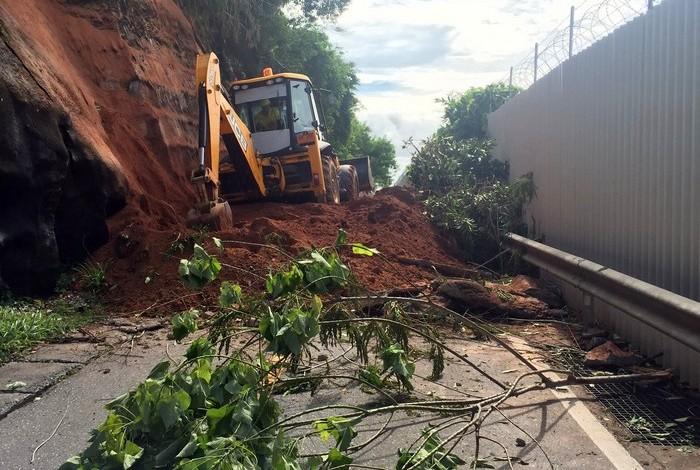 PHUKET: The Department of Disaster Prevention and Mitigation (DDPM) has warned that parts of Thepkrasattri Road are threatened by landslides and flash floods in the coming few days.

In an official letter signed by Phuket Vice Governor Chokdee Amornwat yesterday, the DDPM told local government offices to prepare for landslides and flash flooding along the main route through Phuket.

The Thai Meteorological Department (TMD) issued a weather warning for Phuket and neighboring provinces this morning, extending throughout the weekend and into next week, as monsoon rains continue to batter southern provinces and the Gulf of Thailand.

The TMD warned that wave heights of over two meters were to be expected in thunderstorm areas. Cloudy skies with fairly widespread thundershowers and isolated heavy rain are expected across Phuket, Ranong, Phang Nga and Krabi.

Motorists are also warned to stay off a small road running parallel to the runway at Phuket International Airport, following a landslide after days of rain. The retaining wall, which is adjacent to the runway, was cracked and damaged in spots outside of the main landslide zone. Officials have closed the road to repair the wall (story here).