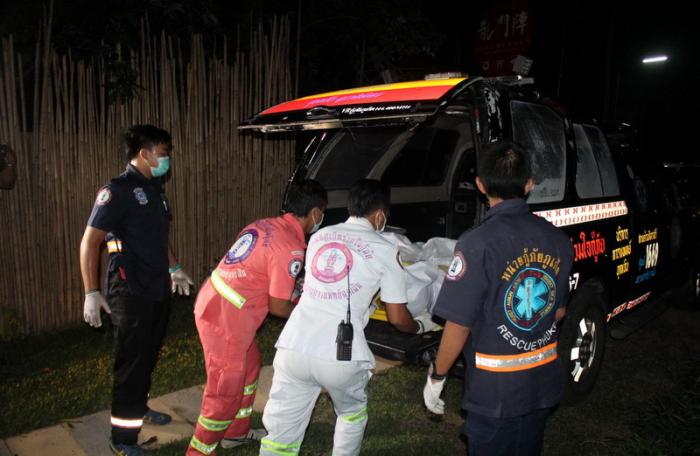 PHUKET: A Myanmar couple died by electrocution while working at a Rawai resort last night.

“The resort is located on Soi Sermsook, Moo 4. We found the body of Min Thaik Non, 29, lying face up on the ground near the bathroom door. We also found a woman’s body lying face down inside the bathroom. She was named by police only as ‘Noi’, age 29,” said Capt Somkiet Sarasit of Chalong Police.

Police are withholding the name of the resort.

Both victims had burns on their arms from their hands all the way up to their elbows. The bodies were taken to Vachira Phuket Hospital for further examination.

“Ms Noi was cleaning the bathroom while Mr Min was changing the bed sheets and tidying up the room,” confirmed Capt Somkiet after speaking to other workers at the resort.

“We believe that Ms Noi received an electric shock while cleaning and fell to the ground. Mr Min went inside to help her and also got electrocuted,” he added.

Police have yet to confirm the exact cause, but they believe it was most likely due to an electrical short circuit in the water heater attached to the shower.

Former policeman and wife killed in four vehicle pile up