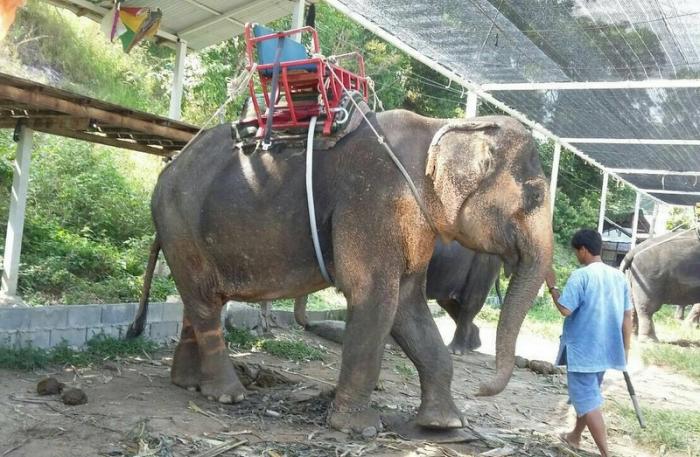 PHUKET: A Krabi man has filed a complaint at the Damrongdhama Center after an elephant he claims was stolen from him 14 years ago turned up with a new owner in Phuket.

Somsak Riangnguen, 35, said he bought the elephant (named ‘Yo’) and registered him in Surin Province in 2001.

“In 2003, I took Yo to work in Krabi, where he was stolen from me. All the time, I have been looking for him. Last week, someone sent me a picture of Yo in Phuket, so I went to Chalong Police Station and showed them the registration letter,” said Mr Somsak.

He accompanied officers to an elephant shelter in Chalong, led by Chalong Police Commander Surasak In-prom.

However, the owner of the shelter showed police his own registration letter for the animal, leaving Mr Somsak’s case in disarray. The shelter owner insisted that this was another elephant named Nam Petch, not Yo.

Mr Somsak then approached the navy and the Phuket Provincial Livestock Office (PPLO) for help.

“I have asked officers at the PPLO to match the microchip number on the animal with my registration documents. I know it matches mine, not theirs. I just want my elephant back,” said Mr Somsak.

Both sides have been called in for “negotiation” over the disputed pachyderm later today.