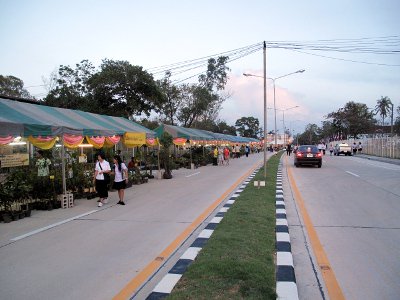 PHUKET: Phuket City Municipality will hold a contest to see who can think up the best name for the new road that connects Saphan Hin with Chao Fa East Road, with 10,000 baht going to the winner.

Applicants have from June 16 to July 15 to enter their preferred names for the road, which must be five syllables or fewer.

The name should also be related, somehow, to some aspect of Phuket Town, such as its history or local culture.

The contest is in theory open to all, including foreigners, but only registered residents of Phuket City (Talad Yai and Talad Neua subdistricts) may submit names directly to the judging committee.

Others must first have their applications verified at a local administration office, school or other approved organization.

The judges will grade each suggested name using the following formula:

In the event of multiple submissions of the winning name, the prize money will be divided proportionally and each person will receive a certificate of merit.