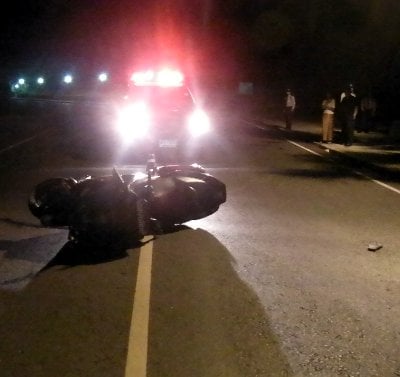 PHUKET: French tourist Jerome Sebastien Heras, 35, who was left comatose by a motorbike accident in Karon on September 3, died of his injuries early yesterday morning.

Medical staff at Vachira Phuket Hospital told the Phuket Gazette that Mr Heras was unconscious when he was brought to the hospital, and remained so.

“Mr Heras remained in critical condition as his brain was suffering from hypoxia [deprivation of oxygen] from the accident. He died peacefully at 5:24am,” the officer said.

The French Embassy in Bangkok has been notified of Mr Heras’ death, she added.

His body is being kept at the hospital pending arrangements by his insurance company, which will cover the medical expenses incurred.