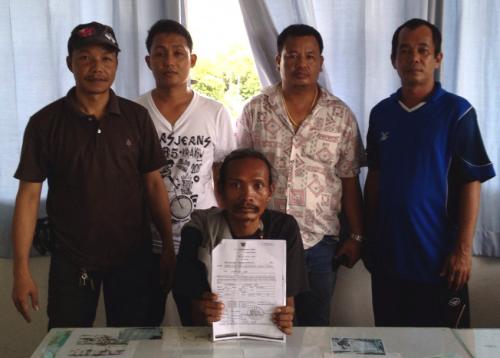 PHUKET: A used-clothing seller in the Baan Lipon market was arrested yesterday afternoon on a Songkla murder charge dating back to 2002.

Thalang police received word from police in Padang Besar that Jatejit Boonchai, a 36-year-old Trang native, was living in Thalang.

“We found out that he was selling second-hand clothing in the market,” said Thalang Police Superintendent Sirisak Wasasiri said.

“So we went to the market yesterday afternoon at about 3:30pm and arrested him as he was working. We brought him back to the station, and now are waiting to transfer him to Songkla to face the charges,” he said

Mr Jatejit also faces charges for the illegal possession of a firearm in connection to the 2002 murder.