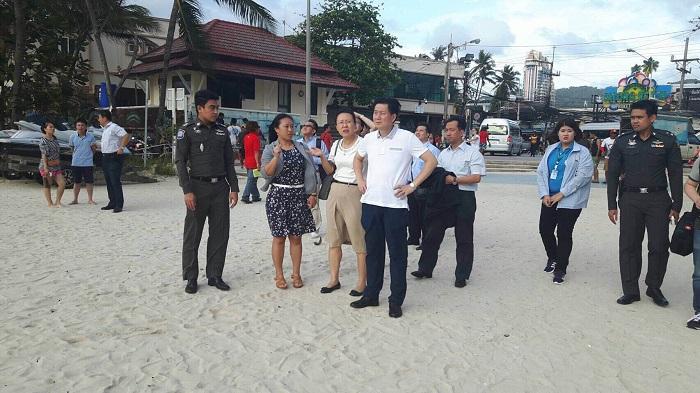 PHUKET: The China National Tourism Administration (CNTA) has promised to clamp down on ‘zero-dollar tourism’ following an inspection tour of several touristic venues in Phuket on Tuesday.

CNTA chief Wang Chiao Fong and an entourage of Chinese officials were accompanied by Ministry of Tourism and Sports Phuket Office Director Sirawee Waloh as they visited jewelry stores and tourist spots.

Following the tour of the venues, Mr Fong said the CNTA was now better informed of the situation. He acknowledged that the issue of zero-dollar tourism required attention and promised to take action in line with the Thai government’s request to nurture a partnership between the two nations based on sustainable tourism practices.

“We will not ignore this problem. The CNTA is working to ensure China-based tour agencies offer good services at reasonable prices to Chinese tourists,” he said.

Ya bah-peddling duo arrested in Krabi