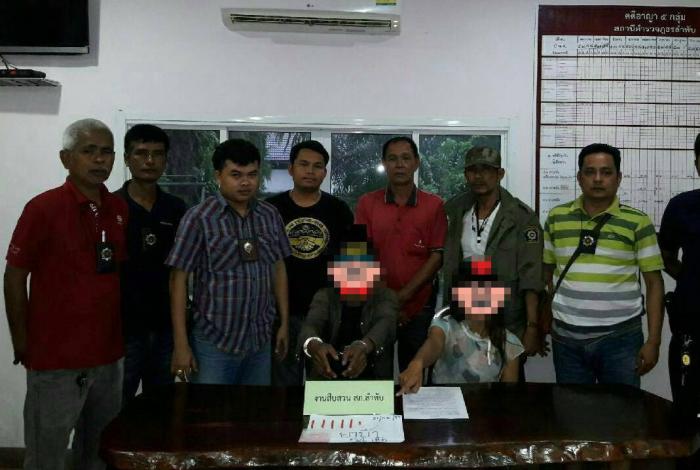 KRABI: A ya bah (methamphetamine) peddling duo was arrested at a palm tree plantation in Krabi yesterday.

Lamthap Police officers had been keeping an eye on Nakhon Promsaeng, 37, and Thongkan Duangkaew, 33, since the beginning of this month, due to suspicions that they might be selling drugs to teenagers.

“We arrested the duo with 54 ya bah pills at the plantation in Moo 2, Dinudom District,” said Lt Col Kitjanapat Nookam of Lamthap Police.

Mr Nakhon and Ms Thongkan partnered up after her husband was put in jail.

“After her husband’s imprisonment, Ms Thongkan left her four children, including her 6-month-old baby, at their grandmother’s house,” said Col Kitjanapat.

They were both charged with possession of a Category 1 drug with intent to sell.

The grandmother, Prapa Inthongkam, has publicly asked for help on the matter as she is already the mother of nine children and is financially unable to take care of the additional four grandchildren.