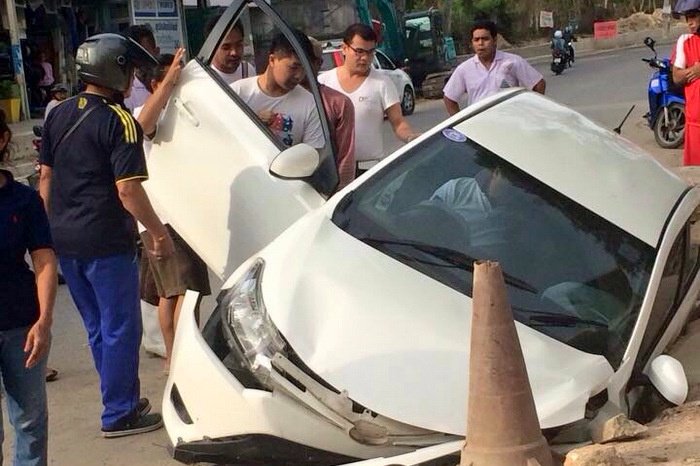 PHUKET: A Chinese couple escaped serious injury yesterday when their rented car plunged into a large open drain under construction in Patong.

The tourists, Po Fai Choy and his female companion Kai Yin Fox, slammed into the open drain near Phuket Simon Cabaret at about 830am.

Mr Po and Ms Kai were recovered from the vehicle and taken to Patong Hospital.

“Apparently they did not see the warning signs,” said Lt Weerapong Rakhito of the Patong Police.

“Thankfully, they did not suffer any serious injuries.”

No charges were pressed over the accident, Lt Weerapong confirmed.

“It was just an accident and no other people or private property was damaged,” he said.